Food trends are a bit of a Marmite thing: people seem to love them or hate them – usually accompanied by much eye rolling and tutting.  However in the commercial food world, just like in fashion, the industry is dependent on trying to get an idea of what consumers are looking for.

You could say “Why don’t you ask consumers rather than trying to guess?”, but the fact of the matter is people lie. You only need to look at the recent political polls in elections in the US and the referendum in the UK to see that.

The cynic will obviously argue that doing trends research is just so that you can encourage consumers to buy stuff they don’t necessarily need. And in the cold light of day that’s true: but for a small business such as Manfood (which I set up 3 years ago), it’s how we innovate and grow the business.

Apart from the commercial side of things, I’m ultimately a food geek, and so here are a few of my thoughts on trends that you might be seeing in the food world for 2017: 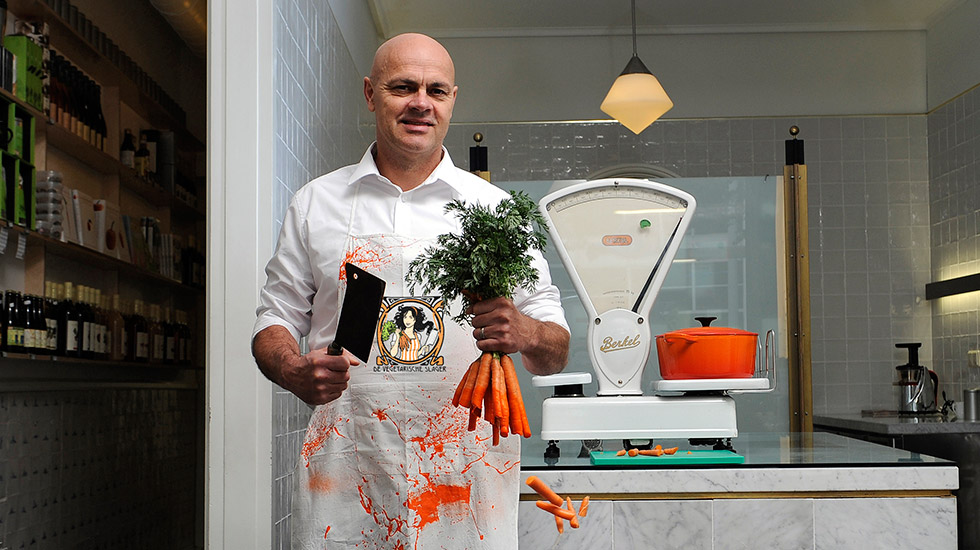 It sounds like a complete dichotomy, but the demand for vegetarian and vegan meat substitutes is growing. While there is the argument that if you don’t want to eat meat, why do you need to bother with something that looks, smells and tastes like it, the growth area seems to be people who are looking to reduce their meat consumption, without massive changes to their diet or how they cook.

The gentleman in the picture is Jaap Korteweg, a 9th generation former beef farmer. He set up The Vegetarian Butcher after swine flu and mad cow disease took hold in Holland. He decided to become vegetarian, but still longed for the taste and texture of meat, without having to eat an animal. At his concept store in The Hague, you can buy chicken, mince, bacon and sausages – all of which has been made from Lupin.

In America, Impossible Foods are doing a veggie burger that ‘bleeds’ like a meat one,  while in the UK, Sgaia Foods offers Mheat steaks, bacon and pastrami.

It is thought that if you included the developing world, more people eat Goat meat than any other animal (albeit in lesser quantities than the West). A highly nutritious meat that is low in fat and high in protein and iron, Goat is considered much more sustainable than other meats, since it works hand in hand for the increasing dairy industry (goat meat tends to use the unwanted Billy goats) and compared with intensive livestock systems, the environmental impact is minimal. It is also really tasty.

The most well known UK supplier is Cabrito (whose meat is in the picture), who supply both restaurants and the consumer via their website and Ocado, but look out for Anglia Farm Shop, Beremarsh Farm and Chestnut Meats.

My mother (and anyone who knows me, knows I never argue with Mama Dang) has always maintained that breakfast is the most important meal of the day, but in the UK, this is no longer ruled by a Full English – 26 Grains in Covent Garden is offering a wealth of grain based porridges (and other items); The Modern Pantry in Clerkenwell has halloumi and wilted spinach, grilled chorizo and plaintain fritters, or sugar-cured New Caledonian prawn omelette, green chilli, spring onion, coriander, smoked chilli sambal and toast while Boondocks has ‘The Bojangles’ – a buttermilk biscuit with fried chicken and a poached egg.

Expect to see even more global takes on breakfast, such as Malaysian Apam Balik, Japanese Natto, Egg and rice and Middle Eastern Ful madamis – without any avocado toast in sight.

Staying on the topic of breakfast, sweet options are already a reality (cinnamon bun anyone?), but expect to see breakfast slowly morphing into dessert.  French bakery specialist Bridor has just launched three stuffed croissants which are filled with different sweet fillings, Dominique Ansel’s Cronut is now in London while Bea Vo is serving Roasted strawberry pancakes and banana caramel French toast at Boondocks. 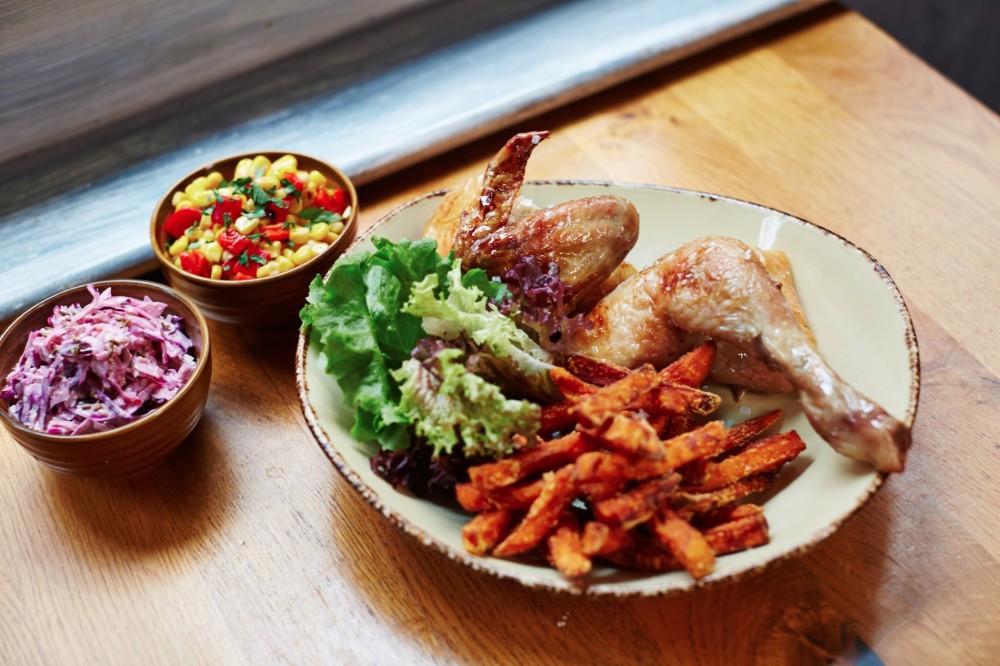 With restaurant sites throughout the UK getting scarcer and rent getting more and more expensive, canny restauranteurs are taking advantage of the rise of delivery services such as Deliveroo, Amazon and Uber to develop innovative brands that produce the same quality of food customers would expect in a restaurant, but without all the overheads.

Take a look at Clockjack (whose delicious Rotisserie chicken is in the picture), Eatfirst and Motu Indian Kitchen.

A few years ago, restaurants started serving food in jars. Now it’s the turn of bowls (like this beautiful one from Sous Chef). Popularised by the rise of Poke as well as Korean food (yes I’m looking at you, Bibimbap), expect to see more food presented in bowls which you can lovingly hug.

It also does no harm at all that it’s much quicker and easier to plate and arrange food in a bowl than a large expanse of white space on a plate.

I’m chanting as you read sweetie.

Not necessarily a new trend, more a refocus as our palates reset. Consumers no longer have to settle for a J20 in the pub: we’re looking for less obvious sweetness, more taste and more interesting flavour combinations. Soda Folk are going to be launching their take on Grape Soda, while Breckland Orchard celebrates their ‘Posh Pop’ with flavours such as Pear and Elderflower and Strawberry & Rhubarb.

The Uk obsession with chilli marches on, but while there will always be the types that want to take pleasure in the pain, a new balance is coming – frequently tempered with sweetness.

The reason Sriracha works so well is that there is a balance between heat and sugar. We’re already seeing this with products such as Gran Luchito Smoked Chilli Honey, but look out for more development using this flavour profile.

Waste not want not 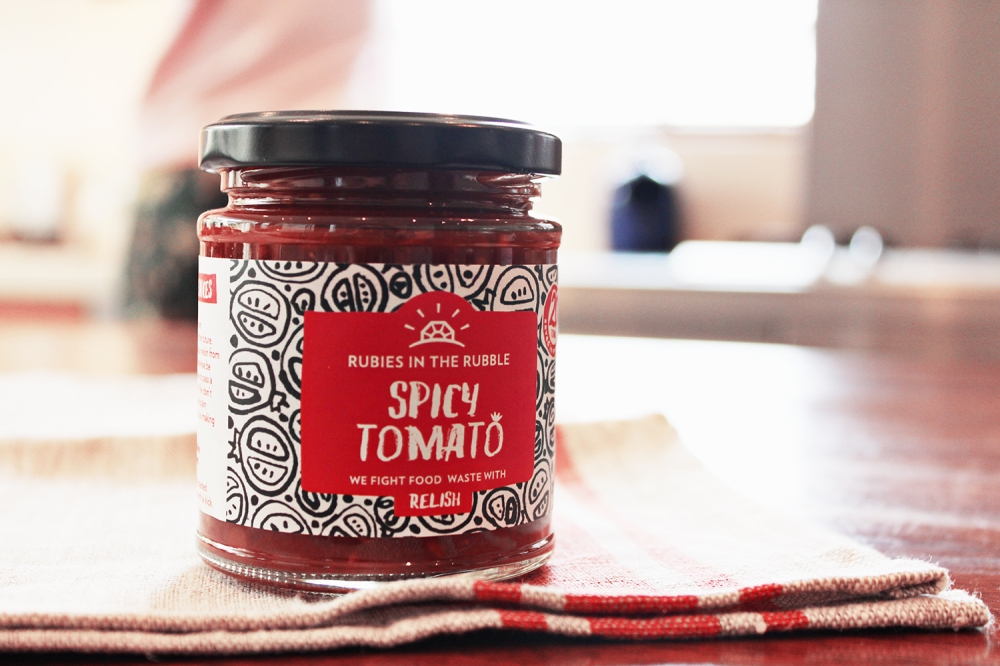 Hugh’s War on Waste recently highlighted the amount of waste that is generated, and we’ve already had the rise of nose to tail and root to stalk eating, so expect to see not only more initiatives to use unwanted or out of date food (such as Rubies in the Rubble), but menu items in restaurants that can minimise food that ends up in the bin, such as bar snacks made from vegetable peels, pickles and crackling using unwanted pig skin.

Contrary to the angry Daily Mail reader – we’re lucky to live in a varied and multicultural country. As such, our palates are already familiar with generic Chinese, Thai, and more recently, Malaysian, Korean and Vietnamese.  However,  we’ve only just scratched the surface of this vast continent. Expect more from further afield:

Rosa’s Thai Cafe recently explored Laotian cuisine, MiMi Aye is championing Burmese food and Romulo Cafe is showcasing Filipino food in London. I touched on Filipino food last year, and sadly it didn’t really take off, but with Spanish, American, Malay and Chinese pillars as part of its cuisine, I think the time is right for it to really take off.